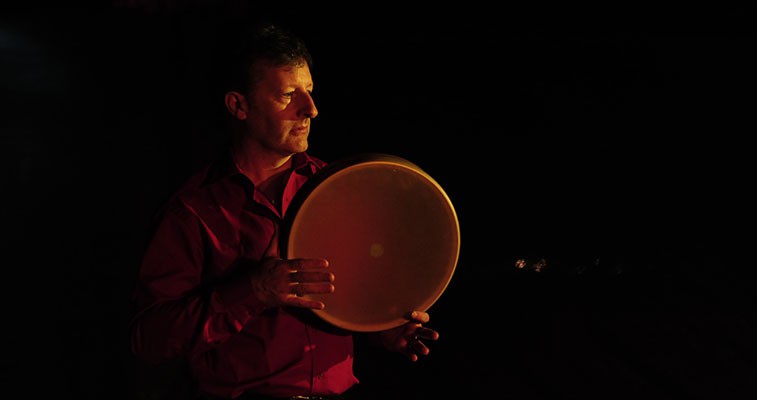 Michael Harvey is at the forefront of the storytelling revival in the UK. His work is grounded in the stories, landscape and languages of Wales.

Michael tells stories solo as well as in collaboration with other storytellers, musicians, dancers and visual artists to create pieces that push the boundaries of storytelling performance, including performances performed alongside a two hundred strong choir and a leading Bharat Natyam dance company.  Michael's engaging and participatory storytelling style has made him a firm favourite with schools and libraries throughout the country.

Michael is a familiar face in the storytelling festival and club scene with frequent appearances at major UK festival including Beyond the Border and Festival at the Edge (he has received commissions from both) as well as many others. He is equally at home on large and intimate stages and has a lightness of touch that leads audiences deeper into the stories and a delight in the telling that is infectious.

He has received many awards and commissions including the British Awards for Storytelling Excellence award for best adaptation of a classic oral story and a Major Creative Wales Award, the highest award that can be made to an individual artist in Wales. His international work has taken him to many countries and allowed him to develop partnerships with leading artists and groups including Paola Balbi, the director of the Rome based Raccontamiunastoria as well as future projects with La Maison du Conte in Paris and Norsk Fortellerforum in Norway.