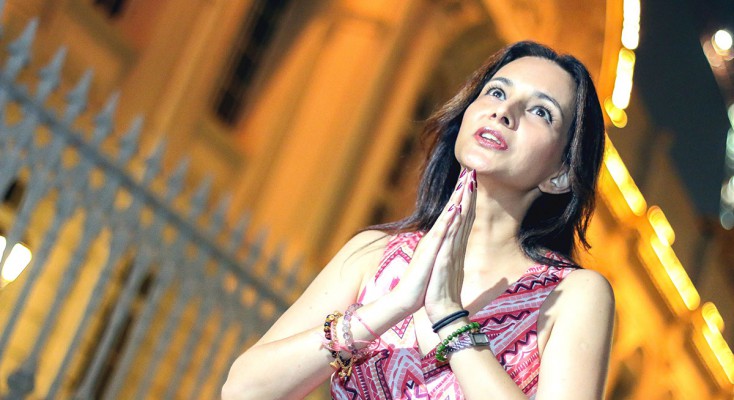 Kamini Ramachandran co-founded MoonShadow Stories more than a decade ago. She is a founding member and four-term President (2008 - 2012) of the Storytelling Association (Singapore) and the Vice-President (2012 - current). She lectures her course The Storytelling Intensive at LASALLE College of the Arts and is also Artistic Director for the Singapore International Storytelling Festival.

Her most recent festival commission was “Forest Fables: Animals of Mischief” for Kalaa Utsavam Indian Festival of Arts for The Esplanade – Theatres on the Bay where she had to adapt a traditional Panchatantra fable into a multi-arts performance featuring live oral storytelling, three musicians and live sand art drawing. She was also commissioned by The Arts House to create a multi-sensorial storytelling experience “Night Walk With The Storyteller” to celebrate their 10th anniversary in April 2014 which entailed in taking the audience on a walking tour of the heritage building and sharing stories inspired by the spaces previously inaccessible to the public. She has recently returned from being a featured international storyteller for the 19th Alden Biesen International Storytelling Festival in The Storytelling Castle in Bilzen, Belgium this April. Here she presented a festival commission featuring UK storyteller Peter Chand and herself “Twist In The Sari: Tales from North and South of India” sharing folk tales from different parts of India to a European audience listening in their third language.

Kamini has been approached by publishers, writers and independent institutions to adapt and translate text into performance storytelling. ‘Tell Me A Story’ has been an annual component of the Singapore Writers Festival featuring either Kamini or her students re-telling and performing selected literary texts.  At present, she is working on the translation and adaptation of Mr. S. R. Nathan's book '50 Stories from my Life' into performance storytelling.

She recently participated in the first ever Literary Translation Boot Camp which was a part of the Singapore International Translation Symposium where she worked with Professor Harry Aveling on the translation of Isa Kamari’s novel ‘Rawa’ from Malay into English.

She is currently pursuing her masters degree in MA Artist Educator at LASALLE – Goldsmith’s.

Passionate and talented, she is one of today’s most unique voices in storytelling.