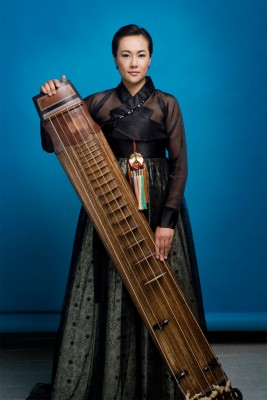 A geomungo performer, Sunny Lee’s performances – some combining traditional music and multimedia - have been described as graceful, intelligent and adventurous. A member of the National Centre for Korean Traditional Performing Arts since 1996, she has performed with esteemed ensembles including KBS Traditional Music Orchestra