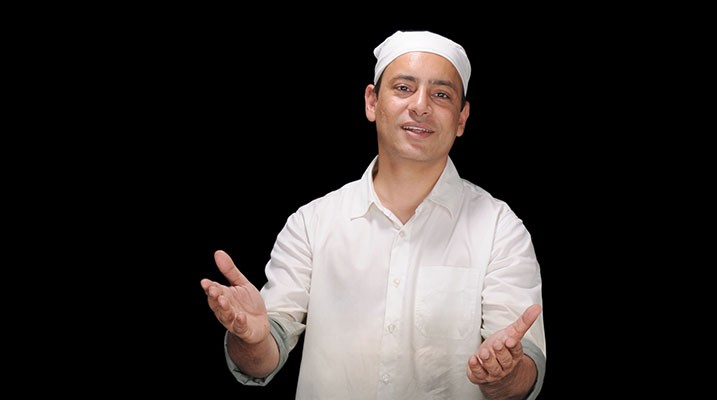 Due to a death in the family Ameen Haque is unable to join us at the SISF. The Festival extends our condolences to Ameen and family.

Ameen Haque is the founder of the India-based storytelling company The Storywallahs. Ameen uses Dastaan – a long-form storytelling in rich, poetic language that is historically told over many days in a traditional mix of Urdu and Hindi. In adapting Dastaan to English storytelling, Ameen has adapted new stories for performance, including his own poems, stories in verse from other poets as well as new texts.

A firm believer in the power of stories, he loves telling  stories to all kinds of audiences, at all kinds of places like on a plane, under a tree and around a bonfire! He has performed at diverse places such as the Bookaroo Children’s Literature Festival, Times of India Literary Carnival, Bangalore Literature Festival, Chennai Storytelling Festival, theaters like Ranga Shankara & Jagriti and bookstores in Bangalore & Chennai and many schools. His storytelling sessions are popular with audiences of all ages and have been reviewed in newspapers including The Hindu, Indian Express and Bangalore Mirror.

Prior to setting up The Storywallahs Ameen has worked for over 18 years in Advertising and Brand Strategy Consulting in agencies like Ogilvy & Mather and McCann-Erickson. A speaker and guest faculty at MBA institutes, Ameen also has a background in theatre having worked with theatre groups like Indian Ensemble, Ankur and Mareech in Mumbai and Bangalore.